Truth for Today began in 2011 with the mission of taking the Gospel of Jesus Christ to the World by means of Television and Radio. We believe that the most effective way of sharing the gospel is by preaching, teaching, and explaining God’s Word to the hearer. Man’s words can only do what man can do but God’s Word does what only God can do. Truth for Today is committed to providing a broadcast that each week expounds God’s Word in a verse-by-verse chapter-by-chapter format. Truth for Today is a ministry of Dr. Neal Jackson and Beulah Baptist Church in Bennett, NC.

DR. NEAL JACKSON
Dr. Neal Jackson has been preaching the gospel of Jesus Christ since he was sixteen years old. He is the third generation of Jackson’s to answer the call to proclaim the good news of Christ to the world.
Pastor Jackson’s passion has always been that of encouraging people to love God’s Word and exhibit it in their daily lives. God has given him the ability to answer the modern day problems people face with the truths of scripture. His preaching is characterized as verse-by-verse exposition, and can be seen across the country through the Truth for Today television and radio broadcast. He has also pastored churches in Pensacola, FL and Atlanta GA.
Dr. Jackson is a man who practices and promotes the belief that prayer releases the super natural and miraculous power of God in the life of the humble believer. His other passion in life is missions, for which he has traveled extensively teaching and preaching around the globe. The highlight of most years in his schedule is the time he is allowed to escape the comfortable life of America for the inconvenienced life of a third world country so he can fulfill the role of ambassador for the King of Kings.
Pastor Jackson is the author of The Coming Destruction of America, My Favorite Bible Verses and The Upside Down Way to Success. He recently received his second doctorate this one with a concentration in expository preaching from the Masters Seminary. He and Tracy have been greatly blessed by God with five children, David, Victoria, Reagan, Aiden, Hayden. 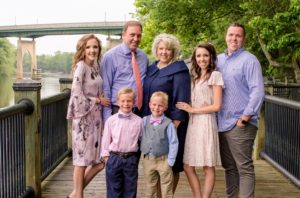 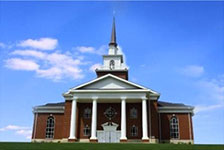 Beulah Baptist Church, founded in 1902 with thirty-one charter members, began with the mission of reaching their community and world for Jesus Christ. The Church’s commitment to that mission has not wavered, it has only grown and multiplied over the years. Today more than ever Beulah Baptist is striving with all of her power to take the gospel to every home in its area and then do her part in taking the good news to the state of North Carolina, the nation and the world.

The church has had twelve pastors since its founding in 1902. Dr. Neal Jackson was called to pastor the church in 2009 a product of the church having been born while his father, Nolan Jackson Sr., was serving on staff with Dr. Curtis Barbery who pastored the church for forty years and retired in 2003.

The secret of Beulah Baptist Church is the abundant grace that God has displayed upon the church!! In gratefulness of His many blessings, Beulah desires to live out the gospel with all of her power until Christ returns to rule and reign.